My studio is on the second floor of a small industrial building in Montreal. I live and work in the same space, and I like the fact that it is very isolated – fewer distractions, and no one to complain if the music gets too loud.  Also, because the people I rent from do special effects for films, every once in a while I get to watch them blow shit up.

How would you describe your practice?

I would describe my practice as hard-edge painting, with a few wonky twists.

How has your practice evolved over time?

From the beginning I tried to augment the predominantly phenomenological approach of the hard-edge tradition by introducing semiotic elements into the mix. This began with analogies to code in the earlier work, but still remained within the paradigm of the orthogonal. Since then though, things have moved further and further from that norm, becoming much more open formally, as well as richer chromatically and thematically.

The works for Art Toronto 2019 are from a series of paintings loosely based on Homer’s Odyssey. They combine a certain lyricism and abstracted imagery with hard-edge elements, and concentrate mostly on primary colours and black.

What do you want people to take away from your work?

A collector commented on Facebook about a recent show of mine. His post expresses one important aspect of what I would like people to take away from my work: “As simple as these works may seem, they succeed in engaging the viewer’s mind. Each canvas is vibrant… just like the POP of a champagne cork, works like these give you a thrill.” Paolo Bramucci 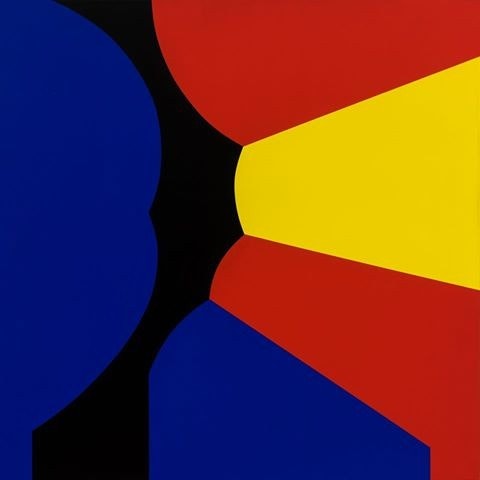